UK Customers - Due to the recent increase in cases of Covid-19, Royal Mail are experiencing high numbers of staff needing to isolate, which is slowing down UK deliveries. We are sorry, but this is out of our control! If you need your order urgently, we recommend upgrading to Next Day Delivery. Thanks for your patience.

EU Customers - New EU tax rules mean you are required to pay tax on orders delivered from outside the EU. Taxes are not collected when you check out, so you’ll receive a bill from customs before your items are delivered, which takes longer and may include additional customs charges. 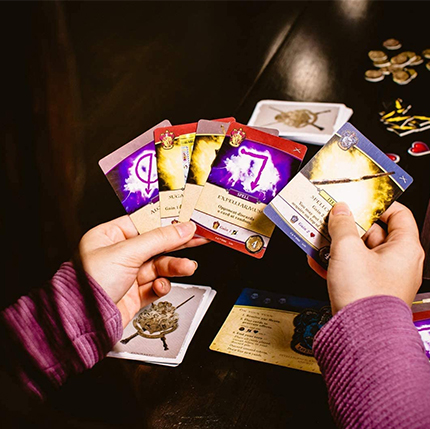 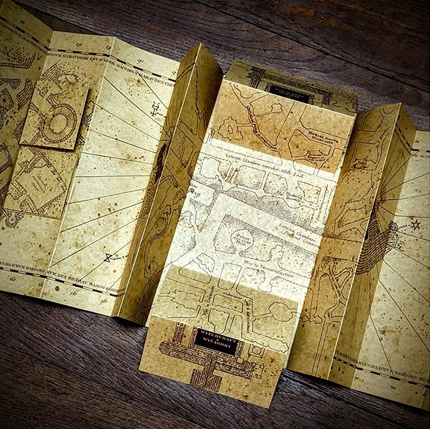 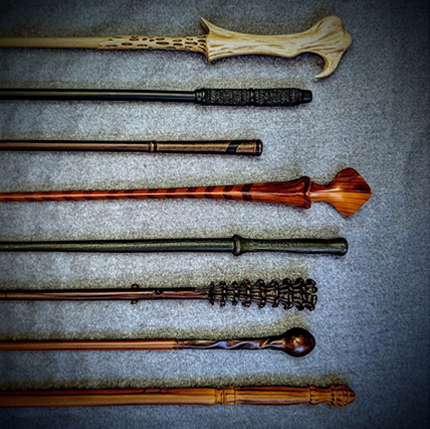 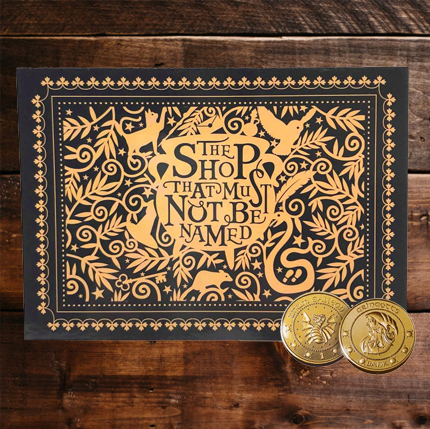 Harry Potter Childrens Quidditch Jumper - Gryffindor
£34.99
0 in your basket
In stock
Young witches and wizards looking to go for a professional Quidditch career, these jumpers are for you! Keep snug and look stylish doing it as you trek between the Quidditch Pitch and the Gryffindor Common Room with this officially licensed Gryffindor quidditch jumper. Knitted from soft acrylic wool in red with a yellow band across the chest and matching yellow stripes around the collar and cuffs,…
Options

Harry Potter Coin Purse - Hedwig
£12.99
0 in your basket
In stock
Perfect for storing your galleons, sickles and knuts when you’re on the way to the Owlery, this officially licensed Harry Potter Hedwig coin purse features a cartoon style image of Hedwig on the front, while the back features the Harry Potter logo and feather detailing in soft grey. Trimmed in black with a fluffy white pompom zip pull, inside there are two main compartments and two card slots and…

Harry Potter Espresso Mug Set - Hogwarts Cauldrons
£24.99
0 in your basket
In stock
Are you a bit of a Dementor until you’ve had your morning coffee? This set of four officially licensed Harry Potter espresso cups is just the thing to start your day with a dash of magic. Perfectly sized for a shot of espresso or Turkish coffee, each miniature cauldron is decorated with a different Hogwarts house crest and has a delightfully coloured inside: Gryffindor is red, Slytherin is green,…

Harry Potter Film Replica - Dumbledore`s Cup
£89.99
0 in your basket
In stock
So you’ve got the pointed hat, the half-moon glasses and the Elder Wand – now make your tribute to Dumbledore complete with this authentic replica of his drinking chalice. A reproduction of the goblet that everyone’s favourite headmaster drinks from in the films, this cup boasts fine decoration, including hand-painted gold inlays of two intricately designed dragons, twisting around each other on t…

Harry Potter Keepsake Gift Box Set - Stationery
£18.99
0 in your basket
In stock
Prepare yourself or a loved one for a new term at Hogwarts school with this stunning officially licensed Harry Potter keepsake stationery gift box set! This set is packed in a keepsake Hogwarts Crest emblazoned brown sturdy box, patterned with in-world stickers and tickets for extra immersion, with an added 'secret' storage compartment. Inside the snazzy box is a veritable delight of Harry Potter…

Harry Potter Snow Globe - Hogwarts Castle
£39.99
0 in your basket
In stock
Hogwarts will always be there to welcome you home with this Hogwarts Castle snow globe! With a rocky mountain base, engraved with the Hogwarts school crest, the castle model rests snugly within the globe, surrounded by white fluffy snow. Expertly painted and detailed, this is a must-have decoration for any witch or wizard. Snow globe measures 13cm x 12cm x 12cm. Comes packaged in a presentation gi…

Harry Potter Stacking Mug Set
£29.99
0 in your basket
In stock
Summon some magic for your kitchen with this gorgeous officially licensed Harry Potter Stacking Mug Set! This stunning set of stackable mugs are secured in a golden circular stand, and each mug features a matte black body with a golden foil printed house animal mascot in a diamond on the front, a gold rim, and a trait from each house on the back in burnished golden lettering. This set includes a G…

Harry Potter Sterling Silver Ring - Glasses & Lightning Bolt
£44.99
0 in your basket
In stock
Celebrate the Boy Who Lived with this stunning officially licensed Harry Potter Glasses & Lightning Bolt sterling silver ring from The Carat Shop! This ring features a shiny silver mirrored finish, moulded in a wrap-around design of Harry Potter's circular glasses, with a small shimmering golden lightning bolt delicately perched on top of the rim of one lens. Adding a stunning finishing touch to a…
Options

Harry Potter Unisex T-Shirt - I Solemnly Swear
£17.99
0 in your basket
In stock
Get dressed appropriately for mischief with this Marauder's Map 'I Solemnly Swear That I Am Up To No Good' unisex t-shirt. This dark marl shirt features the titular quote screen-printed in the middle, in fantastical worn text. It would make for a great gift for any mischievous witches or wizards, and for any Harry Potter fan! 100% cotton. Machine washable. Available in sizes: Small (chest 48cm), M…
Options

The Shop That Must Not Be Named Gift Voucher
£10.00 - £50.00
0 in your basket
In stock
If you're not sure which particular wizarding supplies your friend needs, why not buy them a gift voucher for The Shop That Must Not Be Named? These vouchers can be purchased in increments of £10, £20, £30, £40 and £50, and will be posted out in a beautiful branded gift card inside a blank black envelope. You can fill out the details inside the card yourself, or (if you are having it sent directly…
Options

The Shop That Must Not Be Named is an independent gift shop in York specialising in officially licensed Harry Potter merchandise.

We are very sorry, but the browser you are visting us with is outdated and not complient with our website security.

Please upgrade your browser to a modern secure version to view our website.